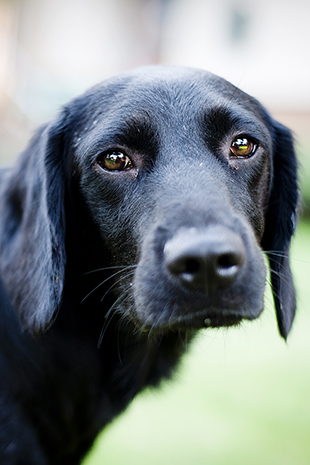 The dog heart-worm can also affect other animals including wolves, coyotes, foxes, bears and others. It is a parasitic roundworm (dilofilaria immitus) which is spread by mosquitoes. It can’t be spread from dog to dog.

The disease is found all over the world.

In the United States it was once confined to the south and southwest regions around the Gulf of Mexico and this is still where most of the reported cases occur. As temperatures rise, the distribution of the parasite has spread. It now occurs throughout the United States and into Canada. It causes problems in all areas where mosquitoes are present.

Spread of the disease takes place during the mosquito season. In many parts of the United
States the season now lasts all year.

The life-cycle starts in an infected dog when an adult female releases microfilaria into the dog’s bloodstream. A mosquito becomes infected by microfilaria by biting the dog. In the right conditions, the microfilaria become infective larvae within the mosquito. This is the only way microfilaria can become larvae and this development takes about a week.

The infected mosquito spreads the infective larvae to another dog by a bite.

An infected dog can carry anywhere between 1 and 250 worms. (this number is called the worm burden). The average worm burden is around 15 worms.

If you live in an area where heart-worm is known to be present, you should discuss a prevention regime with your vet. Prevention is definitely better than cure.

There are a number of products which have been approve by the FDA for the prevention of heart-worm. None of them are available without a veterinarian’s prescription. They are highly effective and, if correctly used, are effective in 99% of cases.

The drugs can be administered in a number of ways including orally, topically and by injection.

Symptoms of HEART-WORM In Dogs

In many cases of heart-worm there are no symptoms. In other cases, because the worms take a while to develop, the dog can be well and truly infected before symptoms appear.

Dogs which have a large worm burden or who have been infected for a long time are more likely to show symptoms.

There are four stages of heart-worm disease. The higher the stage number, the worse the disease and the more obvious the symptoms

Stage 1. Either no symptoms or mild symptoms such as an occasional cough.

Stage 2. Mild to moderate symptoms such as an occasional cough after moderate activity.

Stage 3. Tiredness after mild activity, a moderate cough and loss of body condition. Signs of heart failure and and trouble breathing are common.

Stage 4. This is an extremely serious condition where a mass of worms prevents blood flowing back to the heart. Swift surgical intervention is the only solution and, in most cases the dog will die.

Diagnosis and Treatment of HEART-WORM.

Heart-worm in dogs was most often diagnosed by a blood test. A smear of blood is put under a microscope and microfilaria are identified.

These days, antigen testing has taken over from microfilarial identification as the diagnostic tool of choice.

Treatment can be quite expensive. Firstly, any risks associated with the treatment have to be assessed by evaluating the dog’s heart, liver and kidney function. Most often, treatment consists of administering an arsenic based compound to kill the adult worms. After treatment the dog needs several weeks rest while its body absorbs the dead worms.

The microfilaria are then dealt with using another course of treatment.

If the case is serious enough, adult worms are sometimes removed surgically.

The treatment is considered a success when the dog is no longer testing positive for heart-worm.