The Alsatian Dog – Is This A Real Breed?

Alsatian Dogs and German Shepherds – Are They the Same?

In many parts of the world the Alsatian dog is just another name for the German Shepherd dog. It is only in the United States where there is a separate breed known as the American Alsatian.

In the United Kingdom during the First World War there was an anti-German feeling was strong. This resulted in the changing of many German Sounding names to more anglicized names. Even the Royal Family changed their name from Saxe-Coburg and Gotha to Windsor. Leading up to the Second World War there was again a rise in ant- German sentiment and it was during this time that the name of the German Shepherd Dog was changed to Alsatian Dog. Strangely enough, it was British soldiers returning from Germany that helped popularize the German Shepherd Dog in Britain.

According to Stanley Coren in his book the intelligence of dogs, the German Shepherd id one of the most intelligent breeds ranking only behind Border Collies and Poodles. They have been bred for their intelligence and can be trained for many tasks. They are a popular choice as police dogs, search and rescue dogs and in the military. They are a large dog with a short medium hair. There is also a long haired version. An adult male generally weighs between 24-26 inches and a female between 22-24 inches. Males weigh between 66-88 pounds and females 49-71 pounds. They have fairly large ears which stand erect on the top of their heads. German Shepherds can be found with a variety of coat colours. Probably, the most common is black and tan. There are also silver, black and silver, gray liver and sable. Some dogs are almost totally black and others pure white. The American Kennel club does not recognise white as a color.

They were bred for sheep herding in a cold climate and their coat is well suited to that environment. They are fairly heavy shedders and shed hair continually but twice a year they shed a lot of hair. A good grooming once a week is essential if want to have any hope of keeping hair off your furniture and clothes.

The eyes are brown and the nose black.

They have an almost wolf-like appearance.

German Shepherds have an average lifespan of 9-13 years although, of course some live well past 13 years.

The German Shepherd originated in Germany where they were developed for use in sheep herding and sheep protection.

Max von Stephanitz was a driving force behind the development of the breed. He saw a dog called Hektor at a dog show. Hektor exhibited all the characteristics that von Stephanitz was looking for in a dog and after the show he was able to purchase him. He changed Hektor’s name to Horand von Grafrath. Shortly afterwards he founded the Society For The German Shepherd Dog. Horand was named the first dog of the breed and was the first entry in the breed register.

From then on a breeding program based on Horand and dogs with similar traits was started to expand and popularise the breed.

Von Stephanitz had a philosophy that the breed should primarily be a working dog. He believed that any defects that appeared as a result of breeding for a specific trait should be eliminated quickly.

Unfortunately, modern breeding has strayed from this path and the breed now suffers from a number of genetic defects.

This breed is susceptible to a number of genetic diseases. Outlined below are the three of the most common. Conclusive diagnosis can only be made by a veterinarian. If you are thinking about buying one of these dogs some careful research into its blood lines is worthwhile The most common genetic problem found in German Shepherds is hip dysplasia. This is found in about 20% of the breed. The ball of the hop joint does not fit properly in to the circuit. In minor cases there may be no signs of the problem. In other dogs symptoms include a reluctance to run or jump, difficulty getting up or lying down and hind leg lameness. It is more common in larger breeds and anyone contemplating owning a larger breed of dog should be aware of this problem. Non surgical treatment includes weight loss and painkilling medication. The problem can also be treated surgically. This is an expensive process and success is not guaranteed.

Along with many other breeds they are prone to suffer from degenerative myelopathy as they reach middle age. This disease affects the spinal cord of dogs and is characterised by a lack of coordination in the hind limbs. It is not a painful disease and generally takes between 6 and 12 months to run its course and at the dog will eventually become paraplegic. Affected dogs may lose control of their bladder and bowels.

There is no treatment but the gene that causes the problem has recently been identified.

Hemophilia is a bleeding disorder which is caused by the deficiency of a coagulating factor. The symptoms include a tendency to bruise easily and prolonged bleeding after injury or when juvenile teeth are lost. Bleeding in the joints or muscle can cause lameness or stiffness. In severe cases this conditions can lead to death.

The Modern Dog And Man

The German Shepherds intelligence and its ability to ignore distractions when working or being trained has led to its use in a wide variety of fields.

The breed was originally bred in Germany to herd and guard sheep. This role disappeared as the traditional methods of sheep husbandry have also disappeared.

German Shepherds are a popular choice for police forces all over the word. Most often, un-neutered males are used because they retain their aggression. They partake in a large variety of roles including sentry dogs or attack dogs, cadaver dogs, search and rescue dogs and a wide variety of scent based activities such as drug or explosive detection.

Guide Dogs For The Vision Impaired

Training of dogs for assisting the visually impaired was started in Switzerland and, originally, all the dogs trained were German Shepherds. Over the years this job has largely been taken over by Labradors and Golden Retrievers,

These dogs were used by the German military during World War 2 as sentry dogs and guard dogs. Since then their use has been adopted by many military forces in a variety of roles. Their main role has been as scouts where they are used to detect the presence of enemy soldiers or booby traps.

A few dogs have been stars of their own TV shows such as Rin Tin Tin in the United States and Inspector Rex in Germany.

In summary, the German Shepherd or Alsatian is a popular and versatile breed. The name Alsatian is not so widely used these days but to an older generation especially in the UK these dogs will always be known as Alsatians

To complicate things further there is a new breed called the American Alsatian. The breed became stabilised around the year 2000. Its development was pioneered by Lois Denny. The foundation breeds were mainly German Shepherds and Alaskan Mamelukes. One of the aims of development was to make the dog look like an extinct breed of North American wolf known as the Dire Wolf. The dogs were originally known as American Shepalukes. Eventually the bloodline of the English Mastiff was introduced in to the mix. This resulted in a large head and massive bone structure.

The America Alsatian is much larger than the German Shepherd and its appearance is very wolf like. The weight of males is between 90 and 120 pounds and they are between 26 and 30 inches tall at the shoulder.

They are long haired and need regular grooming.

The American Alsatian lives longer than the German Shepherd and the aim is for the breed to eventually live as long as the wolf which is between 15 to 20 years.

The breed has a long way to go before it meets the goals originally set for it. In the meantime the American Alsatian makes an ideal companion and, although large is a great indoor dog, 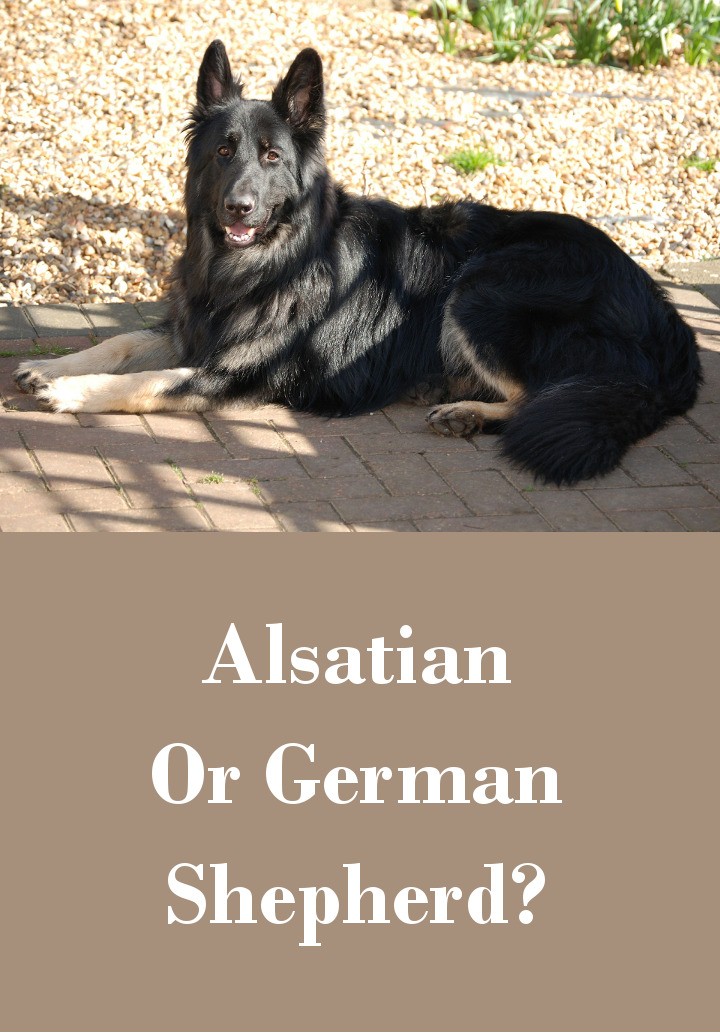